The Acropolis Museum is an archaeological museum focused on the findings of the archaeological site of the Acropolis of Athens. The museum was built to house every artifact found on the rock and on its feet, from the Greek Bronze Age to Roman and Byzantine Greece. It also lies on the archaeological site of Makrygianni and the ruins of a part of Roman and early Byzantine Athens. The museum was founded in 2003, while the Organisation of the Museum was established in 2008. It opened to the public on June 20, 2009. Nearly 4,000 objects are exhibited over an area of 14,000 square metres.

Athens International Airport “Eleftherios Venizelos”, began operation on 29 March 2001 and is the primary civilian airport that serves the city of Athens and the region of Attica. The airport serves just under 13 million passengers annually and its name honors the Greek statesman Eleftherios Venizelos. As of late 2011, the airport is the thirtieth busiest airport in Europe.

The Port of Piraeus, as the largest Greek seaport, is one of the largest seaports in the Mediterranean Sea basin and one of the top ten container ports in Europe. The port is also a major employer in the area, with more than 1,500 employees who provide services to more than 24,000 ships every year. Port of Piraeus has been the port of Athens since Archaic times. 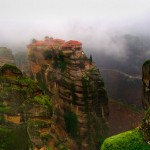 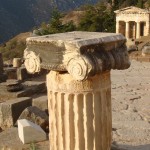 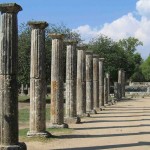 Athens bus tours is a family company founded in 1982 by Kostas Kostakopoulos. Since then we gained a lot of experience in the transportation field and trusting us for your trip will make you feel that you are in the right hands.